technikum29 is a private science museum in Germany, close to Frankfurt am Main. It has a focus on computer history between the 1920s and 1980s. The unique property of our exhibition is that we strieve to present every single device in an operational state.

Highlights of our collection are the data centers: We have a number of larger facilities installed in our rooms, such as several Univac data centers, as well as a number of bulky punchcard machines. Furthermore, the museum covers a number of different topics, such as the development of broadcasting and television within this time span. Our website shows almost all topics presented on 250 square meters of exhibition.

First and foremost, this is a living museum and shall become a lively place where interested people can work and spend time with vintage computers. Ressources on this website shall provide a glimpse on the way how we work on restauration and operation.

All exhibits in technikum29 are operational. There are no information boards, instead selected devices are presented within a guided tour by experts.

This is very different from popular computer history and science museus. Similar concepts can be found world wide only in a couple of other computer museums, such as the UK Computing History Museum, the Seattle Living Computer Museum and of course the Californian Computer History Museum. In these three exemplary museums, the restauration of computers is the exception, not the rule.

The exhibition is limited on extraordinary rarities. That's why it is also enjoying an excellent reputation among enthusiasts.

In April 2018, the founder of the computer museum, Heribert Müller, has died. In 2005, he founded the technikum29 computer museum in its todays form in a former bank building. The number 29 references to the house number. The term technikum referes to a special kind of engineering school which was popular in Germany in the 20th century. Heribert Müller was high school teacher for math and physics. His philosophy envisages an electronical/technical education based on the history of communication and computing history. As a child of the early post war Germany of the 1950s, he had a faible for tubes, which were amongst the most sophisticated technology at that time, and were used in all kind of modern devices. On the other hand, his interest for computing technology ends with further integration and intransparency of the personal computer generation (1980s). 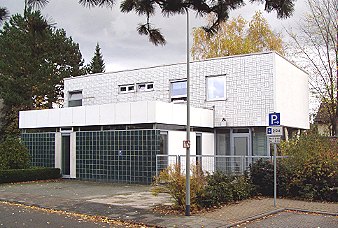 The technikum29 is a private museum. Due to the sudden death of its maintainer in April 2018, we currently (still) do not offer any public openings. When he was still alive, guided tours in German language were given on a quite regular level, which typically lasted for about 90 minutes.

In January 2020 friends and supporters of technikum29 re-open the museum and offer guided tours.